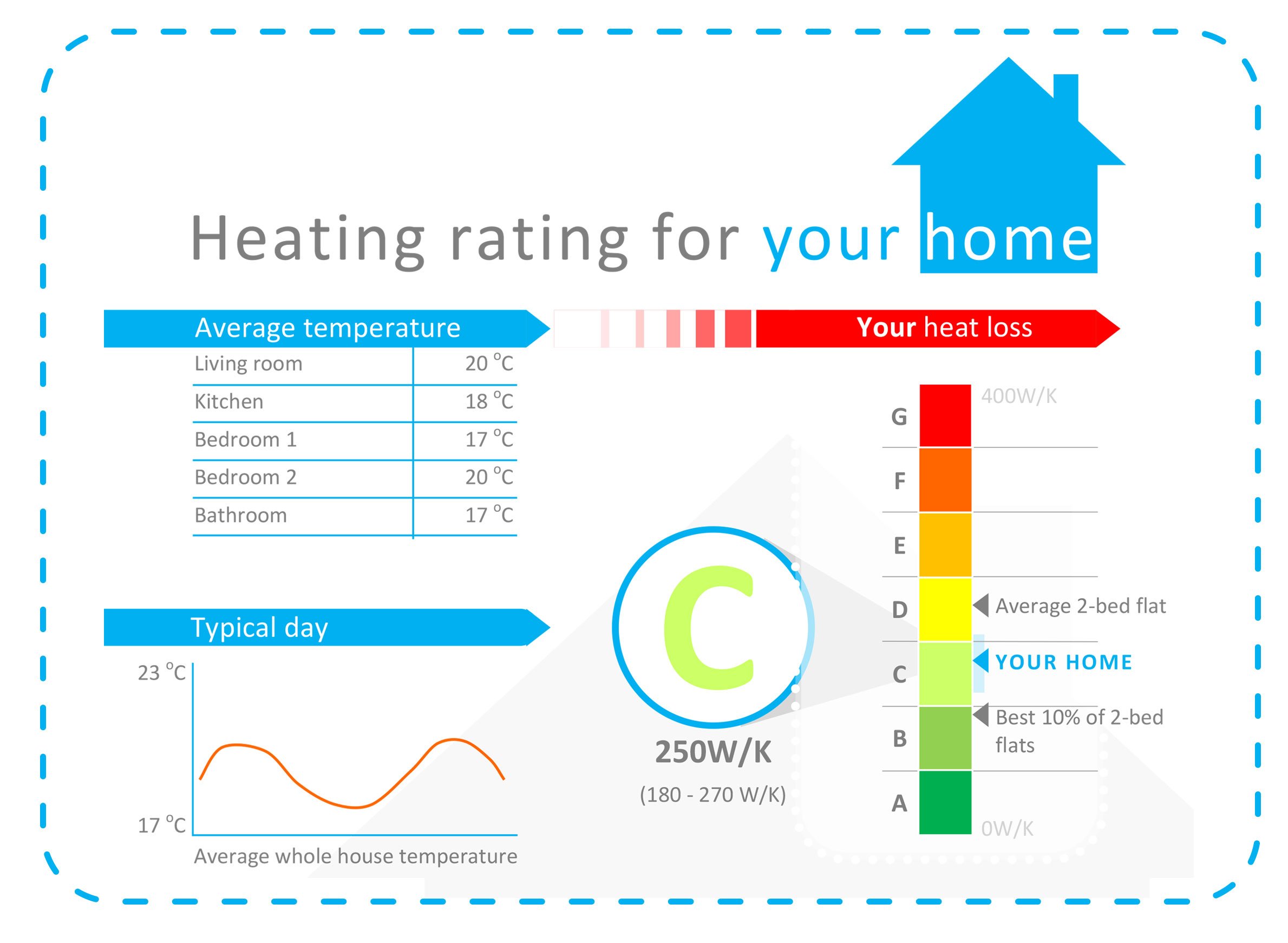 Energy Performance Certificates are based on questionnable modelling and cursory assessment by so-called experts. Mostly EPCs bear little resemblance to actual energy use in buildings, and recommendations are mundane and so generalised they bring no value, so people take them with a pinch of salt.

The energy community has long called for an overhaul of EPCs generally, and evidence-based EPCs in particular. With funding from the Government’s Department of Business and Energy, CAR has been working with Australian software company Simble on empirical EPCs. We have devised a new approach for generating an EPC based on actual energy consumption – taken from smart-meter data.

We believe that understanding more about how buildings lose heat – and how owners can intervene to reduce heat loss – is more important than modelled energy use that does not match people’s experience of the bills they pay. The Heat Loss Coefficient is a yardstick that brings together heat lost through walls, windows, roof and floor – both by conduction and air movement.

We are currently focusing on Heat-Transfer Coefficients (HTCs) for homes, using data on energy use and temperatures. We are comparing estimated HTCs against co-heating tests (the accepted technique for this, but very expensive to carry out, and requiring properties to be vacated during the test) to assess accuracy and precision.

Ultimately we intend to collate Smart Meter data and turn it into useful information for householders through a smart phone app. We are using data from smart, connected thermostats that have already been installed, where this technology is available, so no additional hardware is needed. As an alternative, we are also using Internet of Things sensors to monitor temperatures and transmit data to the cloud.

We hope ultimately to provide tailored advice, encouraging householders to engage with energy efficiency and take action that cuts energy use and carbon emissions. We have also developed a simple, accessible way to present complex information about their own home’s heat loss that is visual and meaningful to non-specialists. This is a potential replacement for existing EPCs.

We have already used our HTC algorithm on 20 synthetic buildings and found that averaged across all 20 cases our estimates were just 2% below the equivalent co-heating test results. We are now trialling the algorithm on real buildings in the north of England.