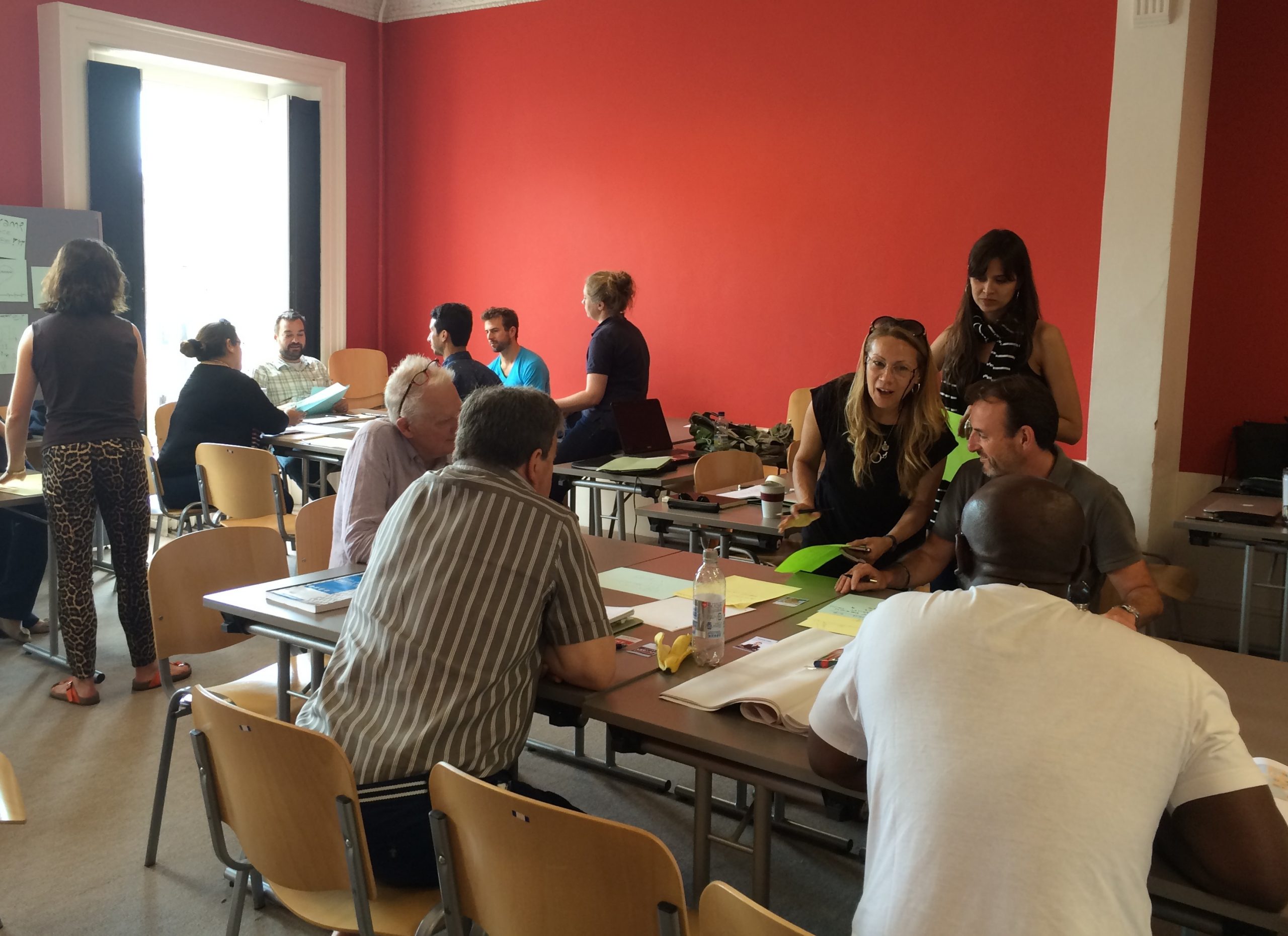 CAR’s Steve Platt and Helen Mulligan, working with Stephen Hill from Future Planners and Susan Snaddon from Arup, developed a novel role play game for students at a recent IDBE residential week in Cambridge. IDBE – Interdisciplinary Design for the Building Environment – is a part-time master’s course offered by the Departments of Engineering and Architecture at the University of Cambridge.

Tswane (Pretoria), the capital of South Africa, is blighted by economic decline in the city centre and the legacy of apartheid. The historic inner city was rigidly planned on a formal grid and ceremonial routes but the way the city is used today conflicts with this historic legacy. City squares and gardens are underused and empty at night and shopping loses out to peripheral shopping centres. Minibus taxis and cars dominate the street scene; investors have shied away from the Inner City, preferring the suburbs; historic buildings are deteriorating and security issues are deterring potential occupiers.

Poor people living in peripheral townships face long journeys to work, inadequate housing and insecurity. The Government sector underpins the economy but is insufficient to drive growth. Informal street-trading is a major source of employment but is regarded negatively and parking and roads struggle to deal with the competing demands of the informal sector.

The challenge was to rebrand Tswane as a modern inclusive city.

The 15 IDBE students were allocated roles and assigned to four groups: ‘movers and shakers’, ‘media’, ‘branding’ and ‘designers’. There were also two coordinating roles: municipal manager and spin-doctor.

The game was very successful. The students were absorbed with the issues and adopted their assigned roles with gusto. The main lesson was how difficult it is to make positive changes. The very able mayor was almost overwhelmed by the turmoil of events and the politics of sectional interest.

Nevertheless, despite turmoil and lack of resources, the group developed a viable plan of opening ‘shops’ in the townships to involve the community in a dialogue about transforming the city. Whether this approach would have borne fruit or would have been snuffed out was an open question.