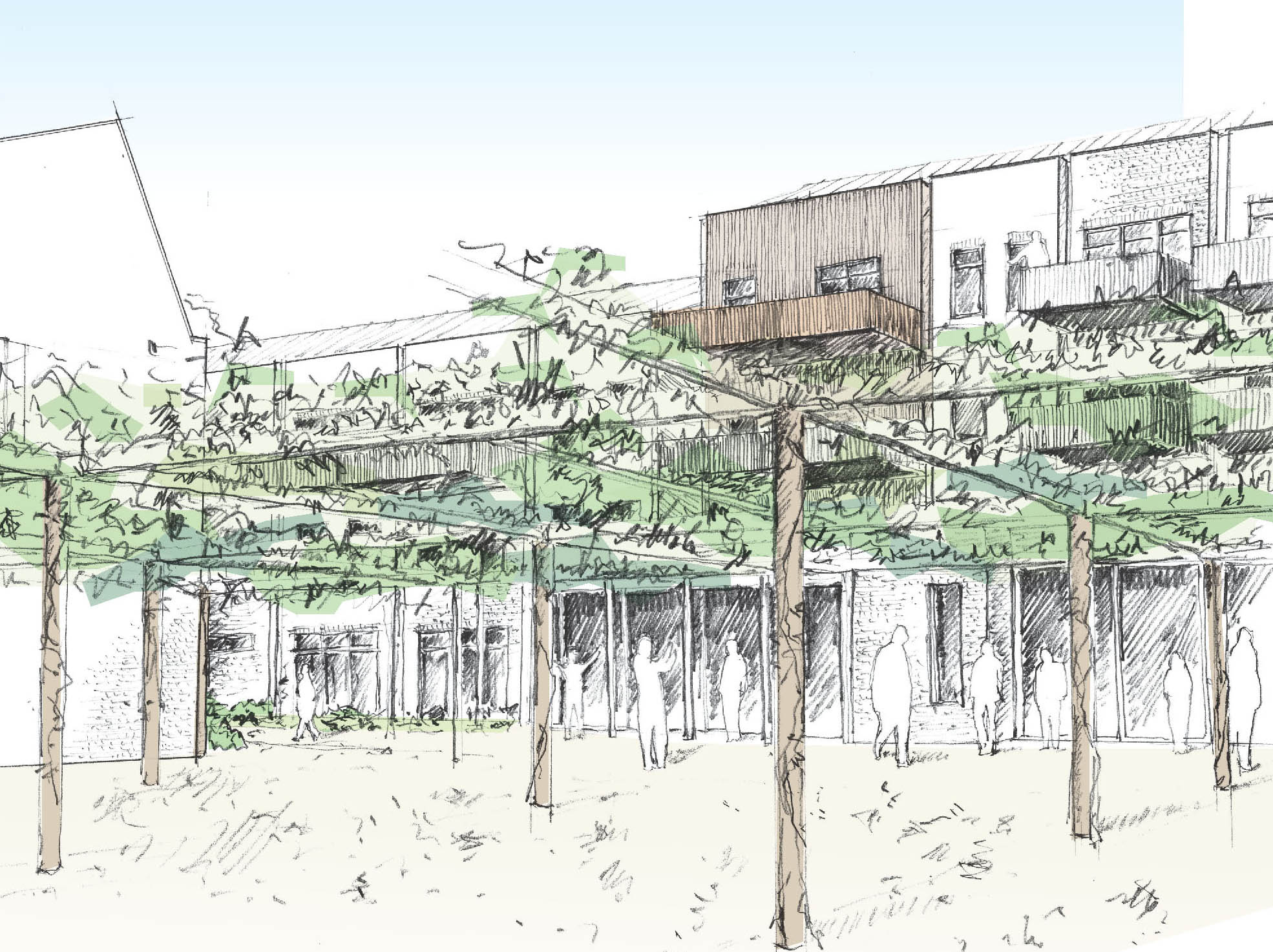 With the Self-build and Custom House Building Bill having its third reading in the House of Lords on 11 March 2015, custom build is moving closer to becoming part of national policy.

In partnership with Cambridge City Council and South Cambridgeshire District Council, CAR Director Jim Ross, has been working with Adam Broadway of Instinctively Green, Stephen Hill of C2O futureplanners (both CAR Associates) and Mark Smith of MARK Architecture, Landscape and Urban Design, to develop such a scheme on behalf of Cambridge Cohousing Ltd.

The K1 proposal is for 38 privately owned dwellings on a one hectare site in Orchard Park, Cambridge. The scheme includes a central common house, designed and managed on the cohousing model and ancillary residential common facilities and landscaping.

Initially working for the landowners Cambridge City Council, CAR began by establishing feasibility and demonstrating an appetite for the cohousing model in Cambridge. Part of this process involved putting out a call to interested potential residents, applying for funding to develop the scheme through the Housing and Communities Agency (HCA), developing the design through intense workshops and engagement exercises with the resident/client group.

Once established as a company, Cambridge Cohousing Ltd became the client and we went on to develop an outline planning application for the site to enable the sale of the land. The works are currently being procured and the project is expected to be on site in late 2015. The residents have and continue to give a huge amount of their time, energy and skill to help realise their ambition for a Cambridge Cohousing Scheme.

Cohousing is a form of ‘Custom Build’ housing. It is self commissioned but not self built and is seen as an opportunity for ‘customers’ to express directly to the market the kind of homes and surroundings they really want to live in, and increase diversity in the housing market, it appeals to those looking for shared resources and strong communities particularly those with young families and the elderly, for whom more communal living could help with care and companionship needs.

Residents are brought on board early in the design process and help develop schemes where some private facilities and space are sacrificed in favour of greater shared facilities. These facilities can be communal halls and play areas, child care schemes, shared growing and green space and shared transport such as car clubs. Custom build homes are often innovatively designed and can be cheaper, greener, and more affordable than standard market housing. More information can be found at www.cohousing.org.uk.

The cohousing/housing group development model is well established in the USA and Northern Europe and is gaining traction in the UK, fitting in with central government’s aim to expand the UK’s custom built sectors. This is supported by central government through the HCA.

Regionally, the Cambridge Cohousing Scheme will be the first cohousing development of this size. Nationally it is the first enabled cohousing scheme and is an opportunity to deliver an exemplar scheme of community-led planning and design.

At CAR we have expertise and are looking to develop the enabled cohousing model with other local authorities. We see custom build as an innovative way of engaging residents in the planning process and building resilient communities.