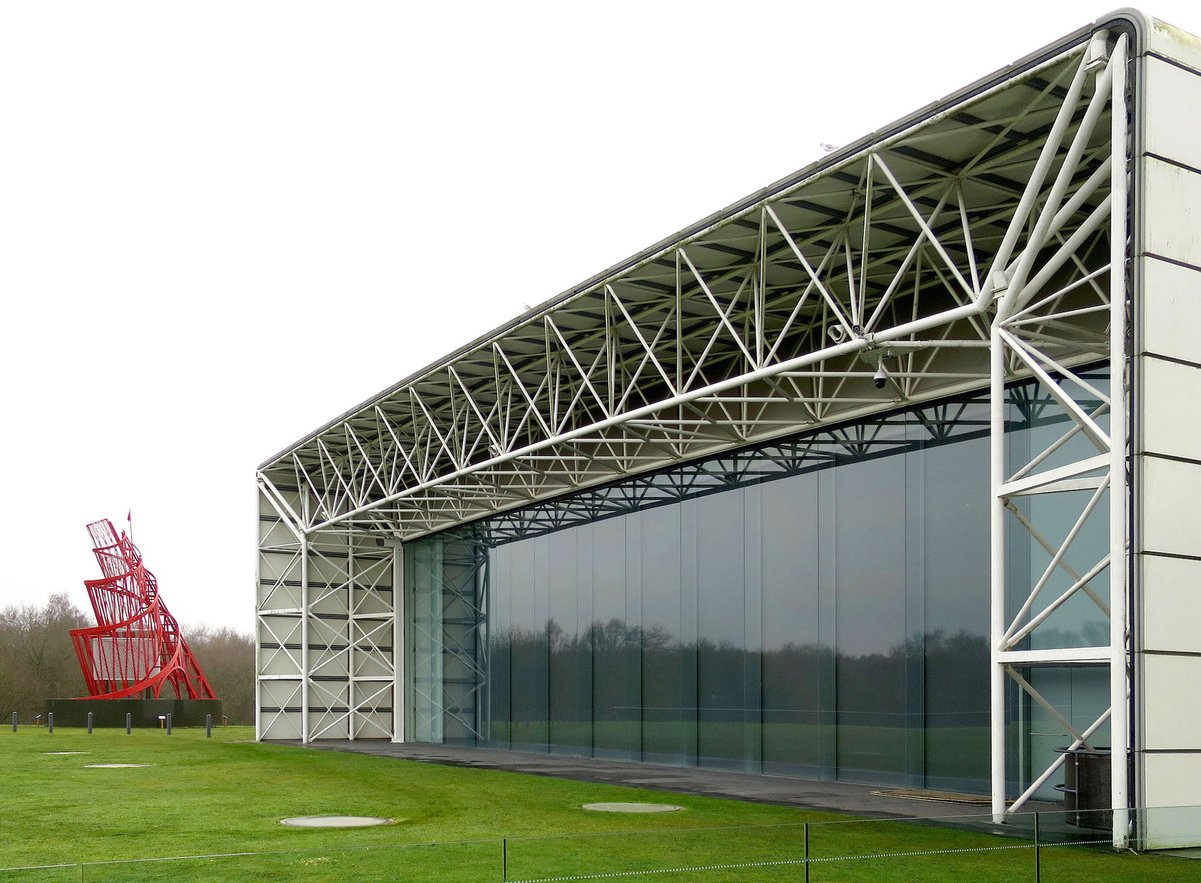 CAR has a double connection with UEA.

First, the one-fortieth scale model of the Tatlin Tower engineered by CAR director Phil Cooper has been re-erected at UEA next to the iconic Sainsbury Centre for Visual Arts. Tatlin’s magnificent design dates from 1919 and is the architectural high-point of the Constructivist movement in the post-revolutionary Soviet Union. The original Tatlin Tower would have been 400 metres high but was unbuilt – and unbuildable. The scale model is itself 10 metres high. It was first installed in the courtyard of the Royal Academy in London in 2011 in connection with the exhibition ‘Building the Revolution: Soviet Art and Architecture 1915-1935’. It was given to UEA by the Royal Academy and now forms part of the University’s new Sculpture Park. The installation was inaugurated to coincide with the Sainsbury Centre’s ‘Radical Russia’ exhibition marking the 100th anniversary of the Russian Revolution. It remains in situ, next to the Sainsbury Centre.

Second, CAR has updated update the 2006 conservation management plan for the UEA campus, known as the Conservation Development Strategy. The original was also written by CAR. The update was needed because the on-going growth of the University has led to many new buildings on the campus, including the Enterprise Centre with its innovative use of thatch as a cladding material. The Conservation Development Strategy covers the whole campus but focuses on the University’s listed buildings which include the photogenic Ziggurat student residences by Sir Denys Lasdun (listed at Grade II*) and the Sainsbury Centre for Visual Arts by Lord Foster’s practice which was listed in 2012 (also at Grade II*). The revision to the Conservation Development Strategy involved extensive consultation with stakeholders and interested parties; it was completed in 2020 and can be downloaded from the Norwich City Council website. Its purpose is to help ensure that the conservation of heritage significance is given due weight in UEA’s future development plans – minimising the risk of damaging change while enabling carefully considered evolution of the University estate.